So this summer i didn’t get squat done as i was working like crazy djing and working on the base out here along with having fun with the girlfriend. 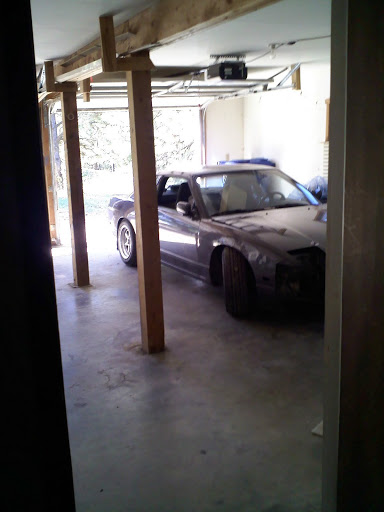 Here it is in it’s new home, much bigger garage.

One thing i did before i made the move was to fix one of my frame rails…rust.
Made this snazzy little sleeve.

SO. recently i just purchased a ton of parts to get this thing moving again.

Ended up going with a lightweight flywheel from XTD. (12.5 lbs vs. i think double that stock = WEEEEEE)
And why not throw a couple TMF shirts in there for the mix (Thanks Scott!)

Also got myself a new toy. Helped me out with re-boring my flywheel spacer also. More on that later. 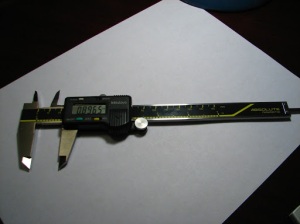 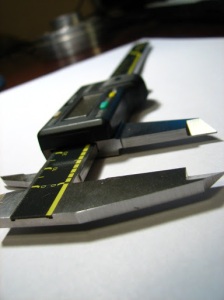 There are a lot more parts in the mail that i havent received quite yet.

Mazworx power steering line conversion (yay for PS!)
ACT 6 puck unprung clutch kit
Megan Racing Tension rods
Innovative LC-1 with XD-16 gauge
and most importantly a z32 Turbo trans with less than 40k miles on it.
ECU tuned by a guy i’ve been talking with for a while about VH’s

So this flywheel spacer thing. You’ve seen pictures of it all mangled and . I was talking to my boss out on base and he hooked me up proper with a buddy of his thats got a little shop of his own. 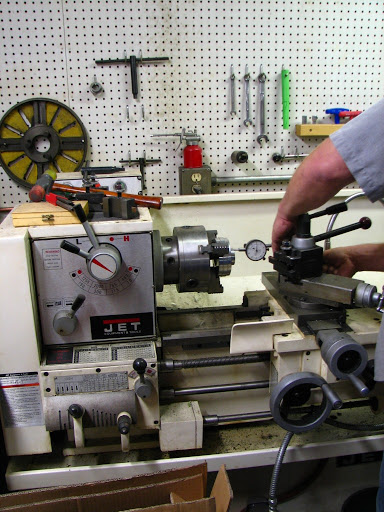 Making sure it’s on the lathe nice and true. 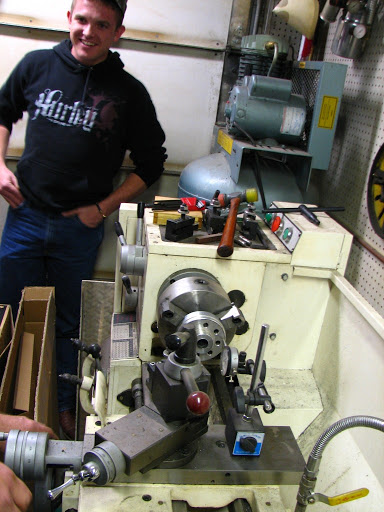 Ready for destruction. Homie Darren in the background. 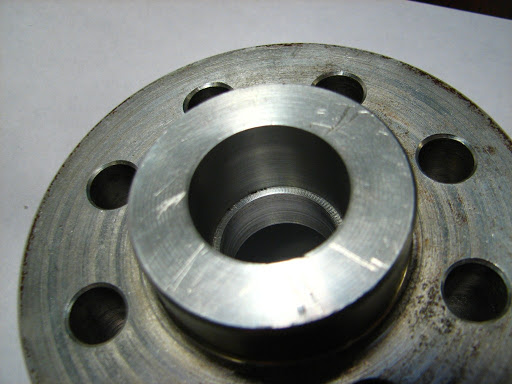 The result. If you’re wondering what that step is in there it’s so the bushing doesn’t fall through to the other side.

Here it is sitting on the back of that flywheel i just got. Had to make sure it fits in it haha. 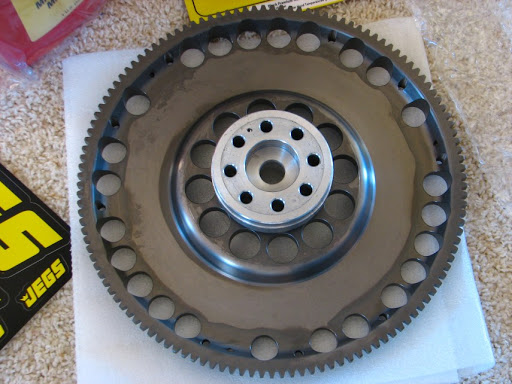 Now that we bored it out it is much larger than the bore to accept the OEM pilot bearing. What to do?

Went to the machine shop here in Rapid and bought some bearing bronze. 9 something a pound. Bought plenty in case we mess up.
Outside diameter will be around 23. something mm (cant remember) But inside diameter will be bored to the OEM pilot bearing specs. Which is around .626″ or .629″ which is just under 16mm.

Plan on getting that done sometime this weekend hopefully.

I’m sick and tired of bashing my oilpan on stuff around town. I’ve done it twice in less than a year…

Here’s a pic of what i’m working with.

Shorten it and add extensions off the side with baffles/trap doors. If you guys have ANY input here at all please let me know as i have never done this but i’ve ot a rough idea on what to do… 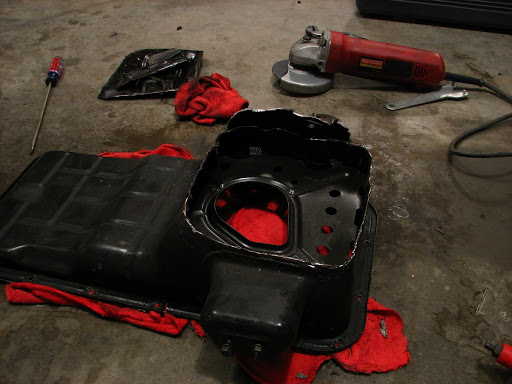 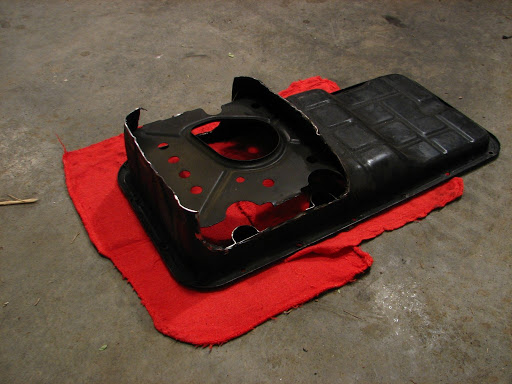 As you can see this thing came stock with a windage tray already in the pan. Along with another one bolted to the underside of the block. (cool)

I’m going to try and keep that there while raising the bottom of the pan. But as you can see in the next picture i’ve also got to cut and re-weld the pickup tube in a higher location. I’m thinking about 10-15mm of clearance between the pan will be about right. (Any input here??)

You can also see where i plan to ad dthe extensions off the side.. 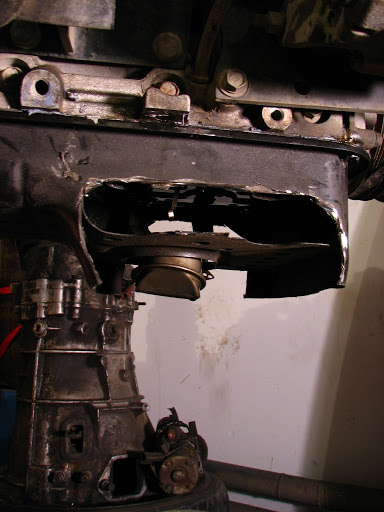 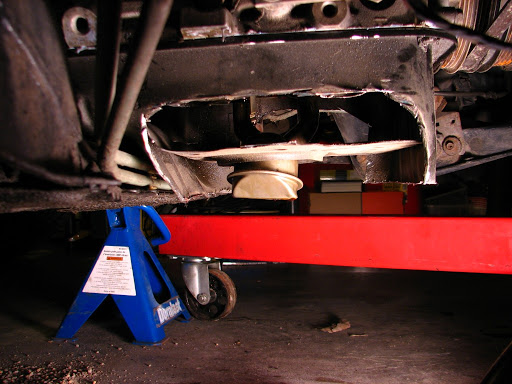 I’m thinking about putting some spacers in my engine mounts to raise the engine up a little bit as it will help with clearance of the pan, exhaust, and PS pump. Only issue is that its going to hit the hood more……

SO there you have it. I will probably be posting quite a bit more pictures as stuff gets done and parts come in as i REALLY want to get this thing running soon. Want to tear up the street one more time before winter fully hits! (Even though it just snowed today lol) But i’m banking on one more dry week haha.